Authorities in Brazil are growing increasingly concerned over a Chinese ban on Brazilian beef which has lasted more than a month and threatens to decimate exports worth around $4bn per year.

Brasília voluntarily suspended shipments of the protein to China — its largest market — in early September after confirming two cases of “atypical” mad cow disease in separate meat plants across the country.

Many expected Beijing would quickly resume imports after no further signs of the disease were detected in Brazil. The suspension, however, has dragged on for almost six weeks, fuelling growing consternation among Brazilian officials and its large meatpacking companies.

“Brazil was totally transparent with the Chinese health authorities. We have responded promptly to all requests for information addressed to us. In addition, we have requested a technical meeting, which has not yet been scheduled by the Chinese authorities, who claim they are analysing the information we sent,” said an official at Brazil’s agriculture ministry.

“We cannot establish a date for the resumption of beef exports to China as the decision is not up to us.”

Brazil is the world’s largest beef exporter and its meatpacking companies, including JBS and Marfrig, have profited handsomely from the surging market for protein in China.

At the moment in China the pork supply is very sufficient, that could solve the problem [of protein shortages and substituting Brazilian beef].

Between January and July this year, shipments of beef from Brazil to China reached 490,000 tons and generated sales of US$2.5bn, an increase of 8.6 per cent and 13.8 per cent, respectively, compared with the same period last year, according to data from the Brazilian Meat Exporting Industry Association.

An executive for a large meatpacking company said they were “surprised that the suspension has lasted this long and expect a solution soon but no guarantees”.

Ireland will be watching the situation closely as China has yet to lift its ban on Irish beef imports following a case of “atypical” mad cow disease last year. Beijing also announced a ban on British beef from cattle under 30 months effective September 29 after a case was found in Somerset last month.

China’s ban on UK beef is a blow for British farmers, who had been hoping to restart beef exports to the country, said the Agriculture and Horticulture Development Board, a UK agricultural advisory body. China had yet to start purchasing UK beef despite lifting its longstanding UK beef ban in 2018 and signing a protocol agreement the following year to restart imports.

The cases are considered “atypical” because they “occur spontaneously and sporadically and are not related to the ingestion of contaminated food,” according to the Brazilian agriculture ministry, adding there was “no risk to human and animal health”.

In recent years, China has shown heightened sensitivity to food safety issues, particularly regarding imports. Last year, Beijing suspended imports from a number of Brazilian meat processing plants over concerns that Covid-19 outbreaks in the facilities risked importing the virus back into the country.

One Australian meat and livestock consultant said China may keep the latest ban on Brazilian beef in place while turning a blind eye to imports coming indirectly through Vietnam and Hong Kong: “China does need the meat, but they need to also save face. The grey channel is one of the only options.”

Some Brazilian analysts believe the ban is a way for China to extract a commercial advantage.

“This delay in resuming can be a negotiating tactic aimed at improving pricing and gaining bargaining power. It looks like something more commercial because, in terms of the health issues, there is nothing to discuss,” said Hyberville Neto from Scot Consultoria, a consultancy on the meat and cattle industry.

In China, importers said a longer-term suspension of Brazilian beef would have a huge impact given the scale of the shipments, but most expected the trade to restart shortly. 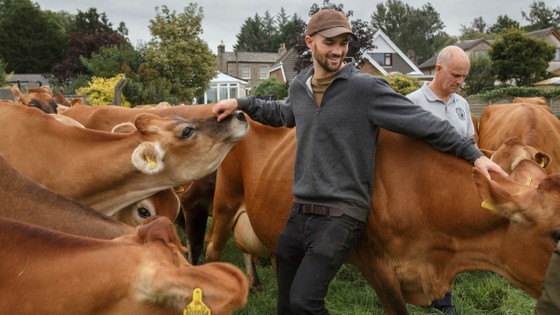 “Brazilian beef takes up to one-third of our business. We are replacing it with increasing imports from other countries in northern Europe and Kazakhstan,” said a manager from Chengdu Haiyunda Trading Company, which stopped imported Brazilian beef since the suspension.

Chenjun Pan, a China agricultural sector expert at Rabobank, said she expected shipments to resume “within the year”.

“At the moment in China the pork supply is very sufficient, that could solve the problem [of protein shortages and substituting Brazilian beef]. Beef is not the staple animal protein, so for the Chinese government this is not the strategic animal protein supply.”

The stand-off has also left in limbo the fate of an estimated 100,000 tons of Brazilian beef, health-certified before the suspension of trade but shipped afterwards. Beijing appears to be refusing entry for the product.

“I have the impression that product in transit is either held up at transshipment ports or idling off China,” said an executive from Brazil’s meatpacking sector.

The Australian industry consultant said the shipment would probably be taken in through Vietnam or Hong Kong, but it could not be redirected elsewhere.

“The option of going back to Brazil won’t happen as that market is supersaturated with beef and it cannot go to the US or other markets due to wrong specs, no health certs and China labelling.”