JOURNALIST: - The Prime Minister decided to establish the National Appraisal Committee to appraise the pre-feasibility study of the North-South Expressway project. What do you think about this project?

Asst. Professor, Dr. VO DAI LUOC: - I think there are three issues that we need to clarify.

Firstly, according to the Ministry of Transportation, the total investment of the project is USD 58.7bn. However, this is just an estimated number. The real cost may be USD 70-80bn. Practically speaking, there is a big difference between the actual cost and the theoretical cost in most public projects in Vietnam. Vietnam’s GDP in 2018 was USD 240.5bn. If we construct the North-South Expressway, the cost will be equal to one fourth of the GDP. Our average income per capita is low while public debt is high, hence, the implementation of big projects like this need to be considered very seriously. 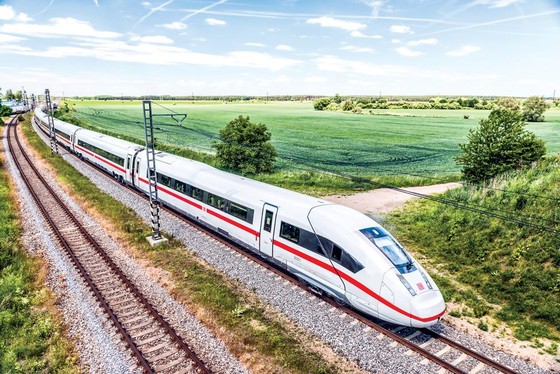 The German ICE1 train with a speed of about 300km/hour has now reduced the velocity because of not economically efficacy.

Secondly, across the globe, only 22 out of 36 developed countries have an expressway. Among the developing countries, only China constructs expressways. Currently, the country which has the best expressway system is Japan. However, this country has incurred losses over the last few years.

Thirdly, same as other countries, the North-South Expressway will only serve long-distance travelers. On the other hand, our aviation sector has grown strongly, helped reduce transportation costs, with airplanes being the most favorite choice of long-distance travelers. Hence, I think the expressway will find it hard to compete. Furthermore, with Vietnam’s topography being long and narrow, and the velocity of the expressway at 350km/h, we need much more land to construct a safety corridor.

Previously, the Ministry of Transportation had proposed to construct this project. However, most of the experts as well as ministries had refused. That is why this project was suspended.

- Some experts think that to create motivation for economic growth, the investment in public infrastructure projects, especially transportation projects, is necessary and the biggest obstacle now is capital. What do you think about this?

The current high logistics cost is one of the reasons of low competitiveness in Vietnamese enterprises. Why do we not prioritize developing of the transportation system for goods and cargo to increase the competitiveness for the benefit of the economy, instead of thinking about constructing the North-South Expressway which is only for long-distance travelers and will have unclear economic results?

What I want to note here is the timing and the effectiveness of the project. Amidst the difficulties facing the government budget and the high national debt, the investment capital for this big project is needed to be considered seriously.

- In your opinion, what are the challenges and risks of this North-South Expressway project?

- Most countries that have invested in expressways are developed countries. They have years of experience and knowledge, and are leading in science and technology in transportation systems. While Vietnam is totally new in this technology. We do not have experience and expertises about this project. From appraisal, implementation to monitoring, and evaluating, we have to hire foreign experts for the whole project.

Look at the practices adopted by the Cat Linh-Ha Dong and Ho Chi Minh City metro systems, we see this problem clearly. Hence, the potential risk is huge if we, at the same time, are unclear about the economic results and do not have expertise to manage this project.

- According to the Ministry of Transportation, many investors from China have been showing their interest in this project. What is your opinion about this issue?

- We learnt a lesson from the Cat Linh-Ha Dong Metro project. I believe the cost of investment capital of China or from borrowing capital from China is not cheap as we expect. Furthermore, we have to trade off many other things. Actually, several countries have borrowed capital from China to construct the expressway. We can learn something from them.

For example, the expressway project in Thailand, which has total investment capital of USD 23bn and is planned to be constructed by borrowing funds from China. As we see, after 20 rounds of negotiations and discussions, it is still only on paper.  Other countries are trapped in debts with China. Hence, choosing the right investor for this project is also very important and crucial.