Japanese electronics company NEC has won a 20 billion yen deal ($190 million) to supply a radar satellite to Vietnam, highlighting an advantage traditional players have over startups in these times of economic crises.

The deal, which will be announced soon, marks the first export of an observation satellite by a Japanese company and includes the cost of launch and ground equipment as well as that of training engineers and operators in Vietnam, company representatives said.

The ground station will be constructed in the Hoa-Lac Hi-Tech Park in Hanoi. The entire project is estimated to be worth around 50 billion yen ($470 million) and will be financed with official development assistance in the form of low-interest loans, the representatives added.

The satellite is scheduled to be sent into orbit in 2023 on an Epsilon rocket to be built by IHI Aerospace. The launch could be moved back if the coronavirus crisis drags on, preventing Japanese and Vietnamese engineers from visiting each other to work on the project, the company representatives warned.

With little growth expected in Japan's space budget, NEC is looking overseas to expand its revenue. Vietnam, a strategic partner of Japan and a key counterweight to China, is seen as an ideal partner for the Tokyo-based company.

Vietnam is looking to Tokyo to help it develop the capability to build and operate its own satellites. Japan's Mitsubishi Electric exported communication satellites to Singapore, Taiwan, Qatar and Turkey in the past.

The deal could also mark a resurgence for established companies like NEC, a 120-year-old telecom equipment maker and defense contractor. Until recently, traditional contractors had been seen slow and under threat from more dynamic startups as a belief grew that the private sector would take over the business of launching space missions from government agencies like NASA. 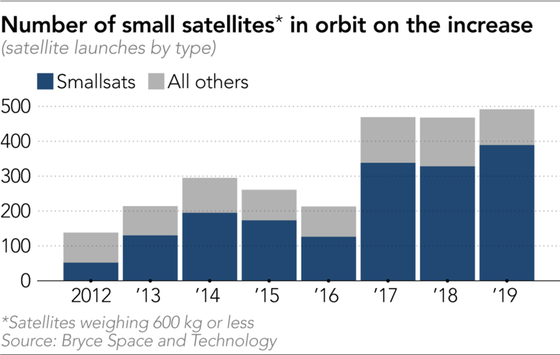 But the multibillion-dollar bankruptcy of OneWeb, a satellite startup owned 37% by Japan's SoftBank Group, on March 27 and the chaos brought on by the coronavirus have reminded buyers of the risks of doing business with young, unproven companies.

OneWeb had been burning through cash to build a constellation of satellites for a global broadband service, leaving many suppliers and service providers, including launch company Arianespace, with substantial amounts of unpaid claims.

"The go-go period is over," said Kentaro Sakagami, an NEC executive responsible for the company's satellite business. "We prefer projects that are backed by governments or government agencies."

NEC has been trying to catch up on the recent shift toward cheaper, smaller satellites but has kept its distance from a price war waged by companies like OneWeb, which produced one satellite a day for less than a 10th of what traditional models cost. "Profitability matters," an NEC representative said.

The radar satellite to be delivered to Vietnam is relatively small, weighing 570 kg. It will fly in a low-earth orbit some 500 km above the planet and monitor the effects of climate change for natural disaster management.

A radar satellite emits microwaves and analyzes their reflections to examine the earth's surface, allowing it to make observations day and night. Because microwaves have a much longer wavelength than natural light, they are less prone to reflecting small particles, allowing the radar to see through clouds and volcanic ash.

"We are targeting the market for small satellites by offering stronger capabilities because the large satellite market is already dominated by Western players," Sakagami said.

NEC began as a telecom equipment maker. It was the nation's first joint venture using foreign capital, having partnered with a predecessor of the United States' AT&T. During the past 50 years, it has produced a large number of Japanese government satellites, including the nation's first, Ohsumi, in 1970. Although it had built large satellites such as the 4.2-ton earth observation satellite Daichi, its expertise lies in the production and operation of smaller scientific spacecraft, such as the Hayabusa asteroid explorer.

NEC also builds ground stations for spacecraft and operates satellites from the ground. It is increasingly shifting its focus from building satellites to providing services such as operating satellites and analyzing satellite data for commercial purposes. 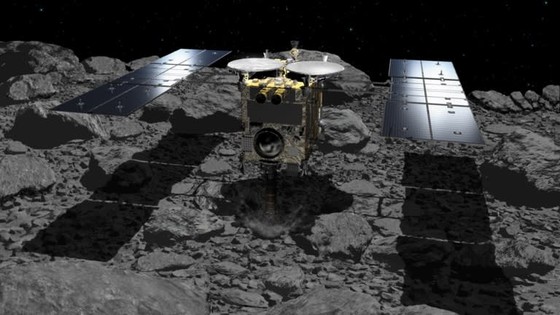 In 2017, NEC formed a partnership with Lockheed Martin of the U.S. to provide an artificial intelligence tool for monitoring the behavior of spacecraft. NEC has been working on using AI to analyse telemetry, data from a satellite's onboard instruments that monitor the health and position of the spacecraft for signs of problems. This data includes the spacecraft's interior temperature, its attitude, and the voltage levels of its battery and communications equipment.

"Satellites are just tools," Sakagami said. Instead of trying to boost sales of hardware, the company says it wants to develop a business of selling satellite data-based commercial services.

The strategy stems in part from NEC's recent struggle as a hardware maker. In the past, the company branched out into various hardware businesses -- personal computers, semiconductors as well as liquid crystal displays and mobile phones. It became the world's largest semiconductor maker and Japan's top PC maker in the 1980s. But with the arrival of Windows and Apple, it lost market share and eventually sold off these hardware businesses.

Now the company is honing its focus, which remains on sectors like telecom equipment, AI and cybersecurity. 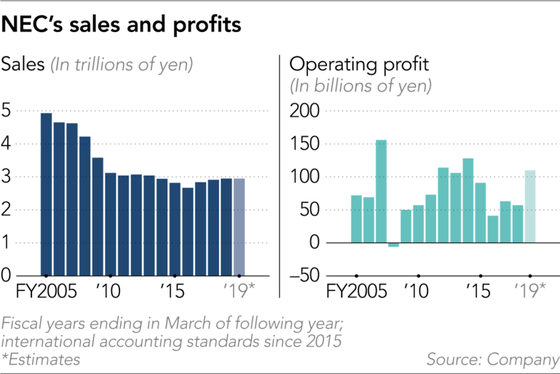 The space business makes up some 2% of NEC's 3 trillion yen in revenue, and the company does not expect its hardware sales to grow much further anytime soon.

"Space is a relatively small market," a NEC representative said. "The important thing is how to leverage it for other business areas."