Practically speaking, Ha Noi and Ho Chi Minh are two of the biggest cities in all 64 provinces that register prominent financial activities. However, which city is the national financial center is still an open question.

In practice, any policy or mechanism which is administratively oriented will not explore fully the national resources and potential. It will rather constrain the growth of economic units.

Looking at some countries in Asia, we see that Shanghai or Singapore are clear examples of success in growth which are based on the nature of economic and market mechanism.

Shanghai, which opened its door for growth in the 1990s, has now become the leader of China’s economic growth. Singapore, which was not independent until 1965, now is the dragon of Asia with GDP per capital ranking seventh across the globe. Singapore has been and is expected to continue being the financial center of the entire Asia-Pacific Region (after Hong Kong) given its strong economy growth.

International practices reveal that the financial market will grow stronger, more quickly and more effectively when it is located in a dynamic economic environment. This also helps the financial market fully explore its capabilities in contributing to the growth of the economy.

Some prominent criteria to choose the location of the head office of the stock exchange includes plentiful financial resources, dynamic business environment, developed financial infrastructure, feasible market entry, and high market competitiveness. These criteria are different from criteria in location of a political center.

Vietnam Stock Exchange is a special enterprise which will be established based on the decision of the Prime Minister to organize and supply services for the stock market. It is not necessary to locate the Vietnam Stock Exchange close to the National Capital or in close proximity to offices of high level administrative authorities. It should be located in a dynamic and competitive market to have more potential for growth.

The market management offices like State Securities Committee needs to be located in the Capital for easier coordination with other ministries and sectors in supervising the market. New York (USA), Frankfurt (Germany), Shanghai and Hong Kong (China) are active economic centers as well as leading stock exchanges in the world.

For Ha Noi, the government targets to develop the Capital to become the national political and administrative center by 2020. It also targets to turn the Capital into a center of culture, science, education, economy and international trade, and to make it the driving force of growth of the Red Reiver Delta and the whole country.

Where to locate the Vietnam Stock Exchange? This is a national level question when considering the role of HOSE and HNX after 20 years of growth of Vietnam’s securities market.
The contribution of Ho Chi Minh City in the whole national financial market has reduced over recent times. The total funding capital through financial institutions of Ho Chi Minh City fell from 40% in 2000 to 24% in 2018, ranking behind 30% in Ha Noi. However, Ho Chi Minh City is still the economic center in the South and economic growth driver of the whole country where most leading companies have their base centers. Most banks, financial institutions and enterprises have head offices in Ho Chi Minh City as the city has the biggest potential for growth.

Since it was established in 2000, HOSE has been successful in exploring the potential and advantages of Ho Chi Minh City to make it the biggest stock exchange of Vietnam. HOSE has built a solid foundation to meet the demands of a modern securities market.

At the beginning of 2019, the total capitalization of listed companies on HOSE reached VND 3mn billion, constituting 90% of total capital of Vietnam.

The size of the stock market in Ho Chi Minh City is also a criterion for locating the Vietnam Stock Exchange here, as stock is the main product of a securities market and the base for developing other derivative products in the financial market.

HOSE has been the image of Vietnam’s securities market in eyes of foreign investors. Most leading companies are listed on HOSE which has the highest trading value and transparency. HOSE is also the connecting point of many regional and international associations like Asian and Oceanian Stock Exchanges Federation or World Federation of Exchanges. 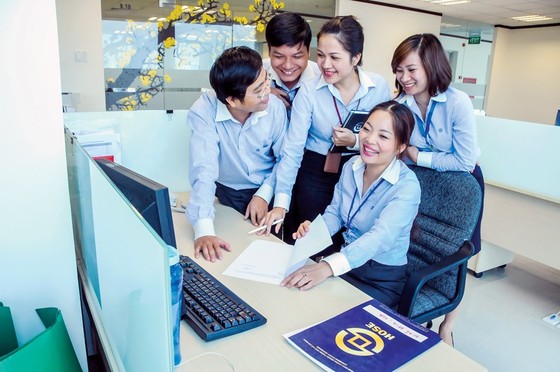 Illustrative photo.
Furthermore, three core pillars of a securities market include consistent technology system, Exchange Tower, and back up data center which are owned by HOSE and will be the base to develop a modern securities market.

The infrastructure of HNX is no match to that of HOSE and does not qualify in standards for developing a modern securities market.

Currently, we are at the point where the decision of the government will impact the growth of the next phase of the market. The merger of two stock exchanges needs to be done immediately to create a bigger stock exchange, reduce the social costs and other difficulties for investors. The Vietnam Stock Exchange should be the image of the national securities market and the core of a modern financial system.